I've been introduced to pixel art and I found it quite interesting. As a result I started my first attempt and here's what I've done, a toonish self-portrait.
Then I've done a portrait of one of my characters. I'll be probably experimenting a bit more with this. 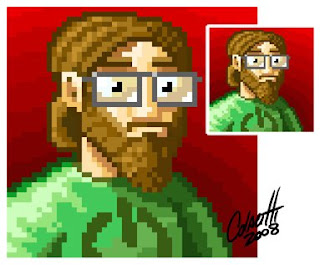 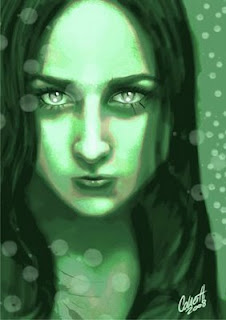 I've been drawing and coloring this illustration based on a picture of an actress, just for practice and exercise.
en 1:13 PM No comments: 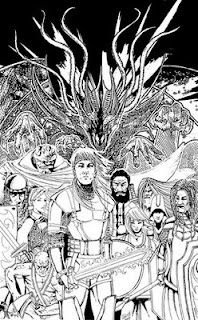 'Cambryan Saga: The world before the waters'. It's the title of the graphic novel written by Kevin Monk. This is a pin-up presenting the main characters.
en 6:13 PM No comments: 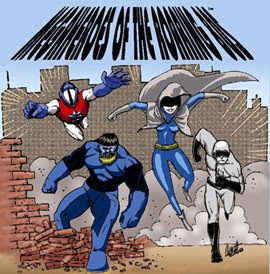 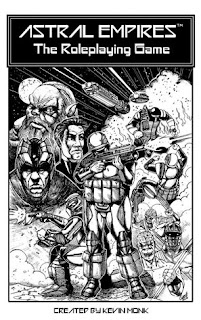 I've been working with the writer and creator Kevin Monk from Port Nova Media in order to create some illustrations and pin-ups.
Here are two of them, one is for a project called 'MegaHeroes' which involves 'retro' superheroes, who look more or less like in the 80's.
The other illustration is the cover for a Role Playing Game called 'Astral Empires', which was created by Kevin.
en 8:34 PM No comments:

This is the same tank as before, but with different camos according to different war fronts.
The lineal drawing is a different version of the previous that I've uploaded. This one is much more accurate in the measures according to the real tank.